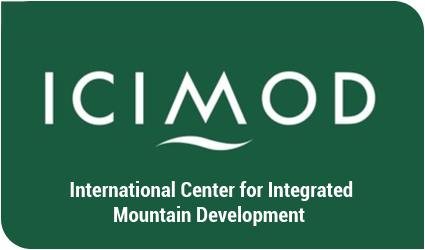 For this purpose, NEECA initially held a training in Islamabad for Brick Kiln Owners Association members and relevant stakeholders in collaboration with ICIMOD in January, 2017 and subsequently in April 2017, NEECA made arrangements with ICIMOD for enabling a team of 10 members from All Pakistan Brick Kiln Owners Association to visit  Nepal for the exposure visit and training on zig-zag firing practice at their own expense.

During the visit the entrepreneurs were able to learn and understand the brick kilns built as per the design manual which was produced after the 2015 earthquake in Nepal. Upon return one of the Brick Kiln Owner constructed his brick kiln as per new design by his own means and technical support from NEECA, Punjab EPA and ICIMOD.

Later in September, 2017 two trainings were conducted in Lahore and in Islamabad by ICIMOD experts invited by NEECA which covered topics like, modifying of exiting BTK to zigzag Kiln, clay preparation, brick firing, fuel and combustion, field level training etc. About two Hundred Brick Kiln Owners were imparted classroom/practical training. The new brick kiln was also made operational during the training program.

Onsite trainings on Energy Efficient brick kilns were imparted to about 3000 brick kiln owners from different regions of Pakistan. Many owners have started modifying their brick kilns now for which further technical support is being given by the NEECA. More than 1000 energy efficient Zig-Zag Kilns have been constructed so far and many are under construction. The manual for operations of Zig Zag kilns was translated and disseminated together with all stakeholders among the members of All Pakistan Brick Kilns Owners Association.

Normally a new Brick Kiln construction  costs around 25-30 Million Pak Rs but modifications of such new and existing kilns on Zig Zig Pattern costs 2-3 Million Rs and now even less than 1 Million are required for retrfitting. The modification have resulted into about 30-40 % Fuel Reduction leading upto 70 % emissions reduction and 2-3 times increase in Production with more than 90 percent improved brick quality of A-Grade. Many Brick Kiln Owners are ready to modify their kilns now and this is a revolution in Pakistan towards mitigating GHG emissions.If all Brick Kilns i.e. 18K-20K switch to the new design, this will reduce annual consumption of Coal from 3 million Tonnes(as per HDIP Energy Year Book) to 1.8 Million Tonnes of Coal annually.A reduction of 1.2 million Tonnes Coal.

ICIMOD together with NEECA as a lead with all stakeholders will keep supporting during the transition phase.